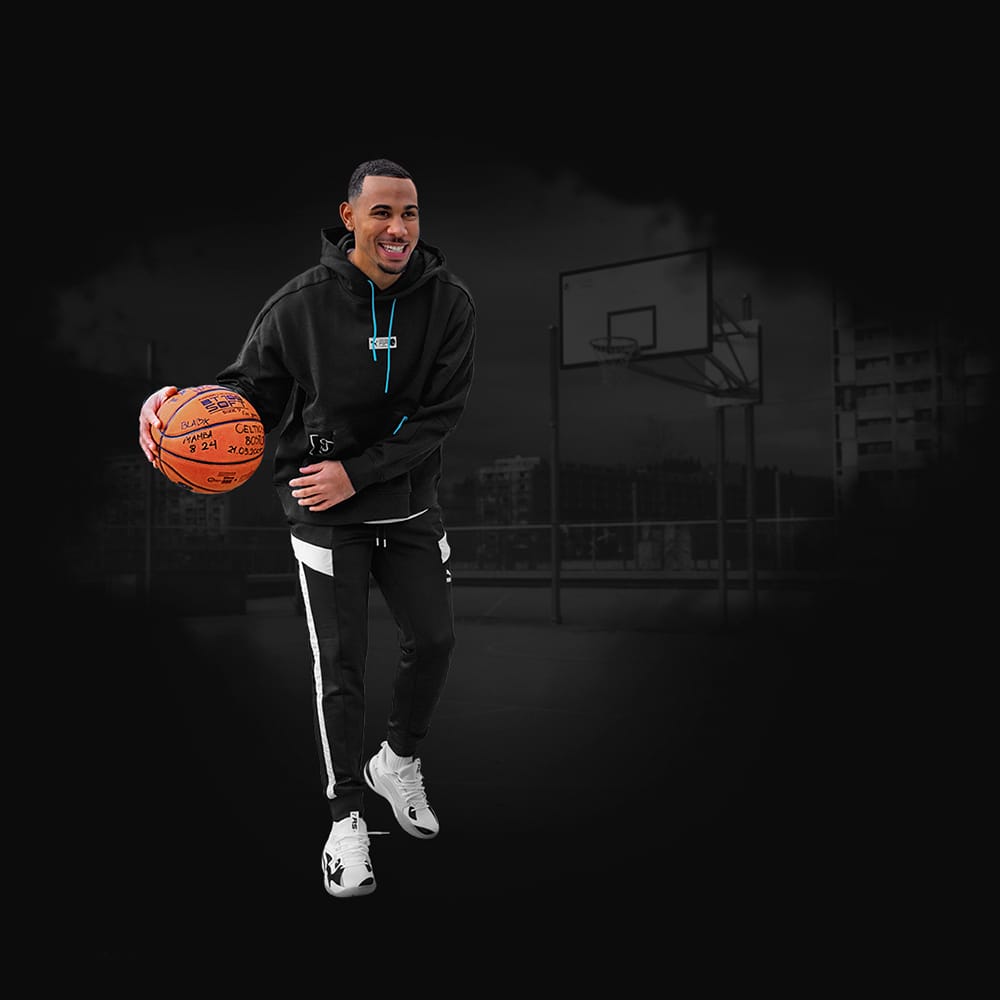 Go through life positively and with open senses

No boy dreams of becoming a hurdler. Boys want to be professional basketball or football players. This was also true for Jason Joseph.
Born in Basel on 11 October 1998 with Caribbean-Swiss roots, Jason had little interest in track and field until he was eleven. Before then, he tried everything from football to breakdancing to martial arts, but nothing really pulled him under its spell. It was mere chance that he eventually got into athletics and there was no “love at first sprint.” Still, Jason stuck with it and the rest is history. Of course, that history is only just beginning!

In his private life, Jason enjoys unburdening himself of training pressures and letting go. Not everything can revolve around millimeters and hundredths of a second.

While playing basketball with his buddies, going for walks in the woods or cooking at home, this record-setting athlete can switch off, recharge his batteries, and just be himself – a young man who likes hanging with his friends and dancing to Afro-Caribbean beats. His friends, along with his family, are his most important sources of energy. He’s seldom down or in a bad mood unless it’s after a botched race. But even then, his positive attitude towards life quickly returns.

There is no question that Jason is someone who follows his heart and walks through life with open eyes. He is a man who tries to treat others as he would like to be treated: with decency, respect and gratitude.

Over the years, Jason has collected many titles at Swiss championships, set Swiss records, and earned medals in international competitions. He holds the current Swiss record for men, both indoor and outdoor.

Do you already know my social media channel? Not yet? Then you should follow me now… stay tuned.

photos & videos made by Chris Delgado